Introduction into the main concept of our software.

Welcome to the Zephirex blog 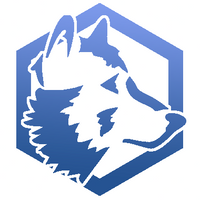 Welcome! I'm sure by now you're wondering what this is all about... Zephirex was started as an idea for an automated trading algorithm, "and what is that?" you might ask -- a computer program which buys and sells stocks at high-speeds to make a buck. That being said, trading involves a certain level of risk, and the software aims to do this by overlapping risk-management and automation through the use of real-time data.

Our efforts are aimed at two objectives:

Generating more money than is invested, and; Manage and monitor risk accordingly.

Our software has undergone a few stages in development which have led to the conclusion that great progress has been made in an effort to tackle the previous two objectives. Our reports have shown improvement in performance as far as earnings go, the automated trading algorithm has successfully undergone the changes that are required to fulfill the following requirements:

Excellent, so what's the catch? Well, the catch is that as of September of 2020 we rely solely on a single accountant (that being me, the founder and creator of Zephirex CORE). So we are currently looking for skeptics of the matter, tried and true investors and accountants that can corroborate our sheets.

Fully tested in the real markets

Back-testing, by examining the worse case scenarios and observing the results in the real market -- we have obtained amazing results! Truly, starting with the fact that ROI does very well when the market is in great shape, but also recovering from a dreaded steep fall. Our algorithm is absolutely and positively non-linear, meaning it accommodates to market changes big and small, and it does so at the real-time level. Currently trading at the level of volatility of cryptocurrencies, the level of aggression can be adjusted at both the size of the trades and the frequency with three different metrics:

Aggression level (0% - +100%). Minimum Order Size Multiplier -- meaning if minimum order size is $5 and MOSM is x1.5 then it generally trades $7.5. Fee -- This is YOUR imaginary fee, it can be your broker fee, or higher. Of course a higher fee means less overall trading volume but it is all contingent on your desires for volume, profit, or speed. Background history

So, a little bit about me, in 2009 I began my journey as a self-taught web developer and went on to develop web applications in sales, reservations, and security fields, as well as mobile and responsive front and back-end programming.
Then, I began school for mechanical engineering in an attempt to harness the universe.
Eventually I came across trading in Bitcoin around 2013 and Ethereum in July 2015, I soon became interested in learning to trade through cryptos, and during those early days there were some losses through some hands-on experience; having learned of a few hacks of the platforms I was using then -- the concept of risk became more and more ominous.

It was not until I began observing a trend in automated trades that I began the search for a single algorithm which would become the mandate and dictate how the trading world operates inside and out of cryptocurrencies. Obviously, the journey has only just began -- yet in my efforts, I am optimistic that certain factors come into play when trading (or exchanging) any form of value. Inherently, the laws of nature apply to the real world and Zephirex CORE is the closest my interpretation has come to mastering this objective.

My wishes are for Zephirex CORE to amass copious amounts in both earnings value and credibility through hands-on experimentation as I have done so, as well as through the use of secure APIs that would allow others to become direct beneficiaries of this knowledge I have acquired.

A place to talk about trading strategies in general.

Scaled up our operations as of 9/26

A requirement in trading as well as most other things in life, scaling as is defined by the Websters dictionary: v. to find out the size, extent, or amount of. And it is exactly what we are currently working on, is the ability for our software to adapt to certain changes in terms of demands for maintaining a steady volume while steadily decreasing the rate of trades in relation to the size, so in other words; larger size orders at a lower rate of fire should mean that the risk has not been drastically increased (by my current understanding of risk).

This is why the rate of trades has been decreased from an average of 18000 trades every 30 days, to roughly 16,000 trades. And the minimum size orders has been modified to increase by about 5% until a certain condition is met.

If the condition (that being for all balances to become in equilibrium and safely and steadily balance each other correctly), then the scaling can be incremented, otherwise -- if the balances incrementally are in disarray and are unable to achieve a certain balance, then the scaling must be decreased (meaning smaller sized orders at a higher rate of fire).

Got a question? Ask away!

Discussions about reports, details, and information about the performance of the company will be contained within this category.